Recycling and reuse of water is important for managing water resources sustainably. Our aim is to develop socially acceptable water reuse framework and implementation strategies. To fulfil our aim, it is important to understand water reuse perceptions of key stakeholders and institutional boundaries, as these influence acceptability and uptake of water reuse and new technologies associated with it. 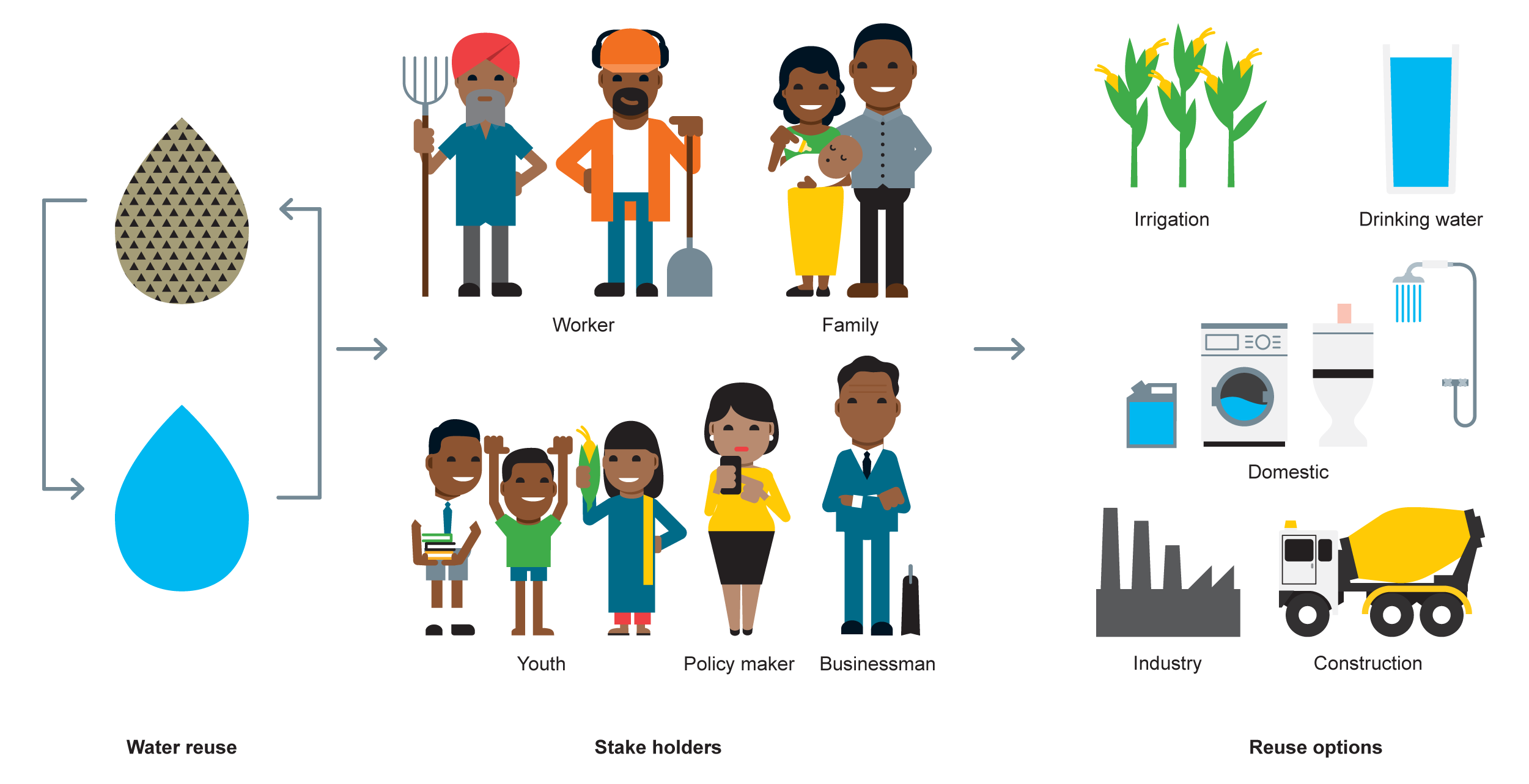 In our research, we use the Ajzen’s Theory of Planned Behaviour and the Analytic Hierarchy Process to assess major factors influencing people’s decision to accept or reject water reuse. Primary information for this analysis will be collected through interviews with local stakeholders such as governmental agencies, local businesses and a sample of the residents of New Delhi within a vicinity of the project treatment plant.

There exist many different behaviour theories today. Some of these concentrate more on intra-person factors such as the ‘Theory of Planned Behaviour’ and others focus more on environmental aspects such as the ‘Social Cognitive Theory’.

Both perspectives are important and one theory is often not sufficient to explain complex behaviours. For this reason different theories for behaviour assessments and interventions are combined. Also because there is large overlap between different behaviour theories, we can develop integrated social cognition models that incorporate important constructs from different theories.

First Ajzen’s Theory of Planned Behaviour (TPB) (1985) will be used as a basis on which to build the theory and methodology to test the major factors that influence individual’s decisions whether to reuse treated wastewater or not. The TPB has been used successfully to predict a range of human behaviours, as well as providing empirical predictive evidence specifically in relation to pro-environmental behaviours.

The TPB proposes that a person’s behaviour can be predicted from their intention. This intention is in turn determined by attitudes (towards the particular behaviour), subjective norm (what others think and personal motivation to comply), and perceived behavioural control (ease or difficulty of performing an action).

The simplified scheme below summarizes factors influencing wastewater reuse based on TPB and an additional literature review. This model will be further fine-tuned and tested in the LOTUSHR project.

Figure 1: Factors which may influence wastewater reuse based on Ajzen’s TPB 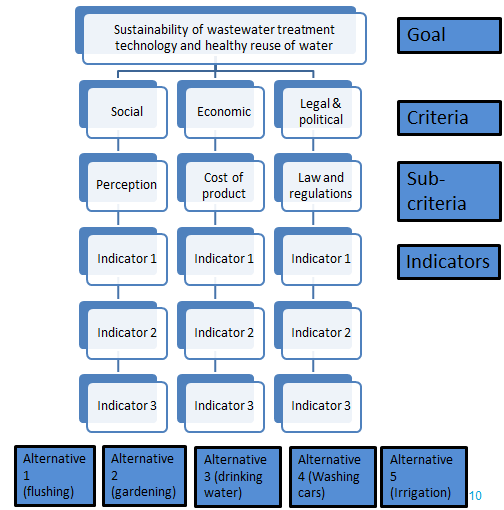